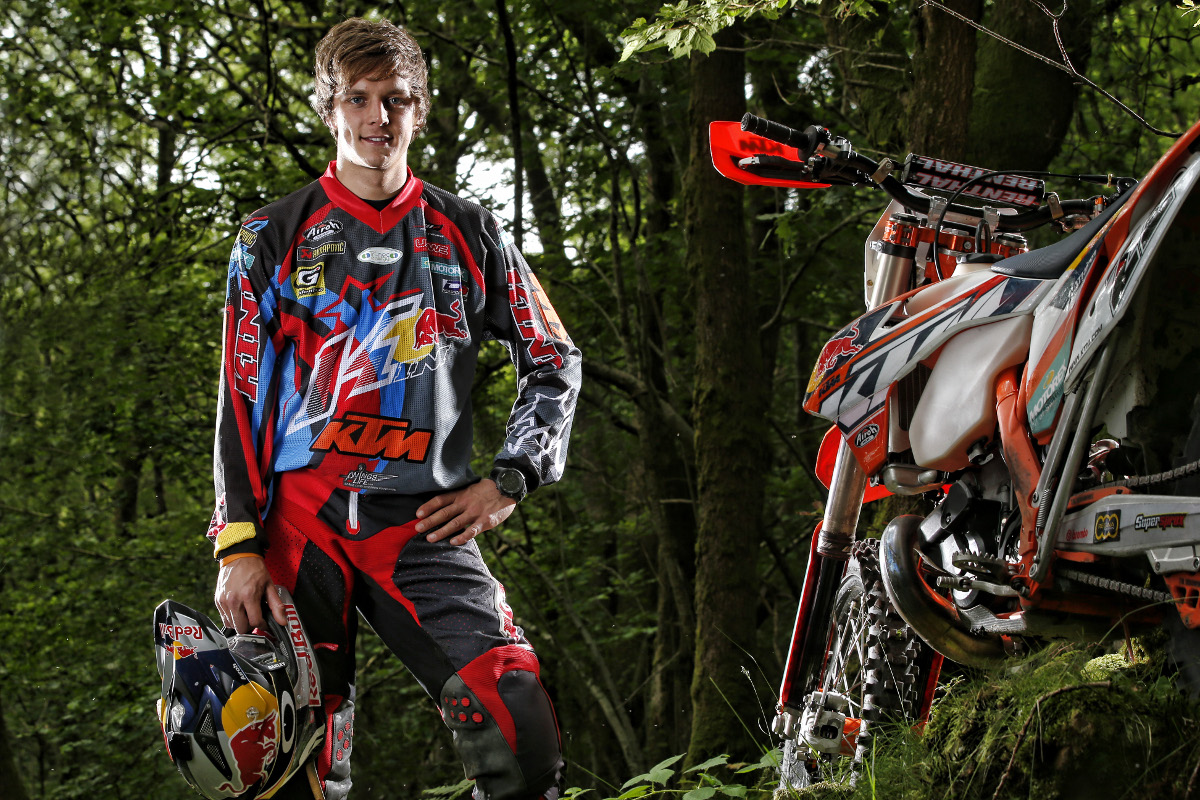 We called Jonny one week after his Romaniacs victory and a couple of weeks after he linked up with renowned film-maker Mikey Neale and photographer Ray Archer in creation of a video for the outstanding ‘Moto’ movie series, produced in the U.S. and featuring landscapes and personalities from across the globe in their exploration of the essence of off-road riding.

It was clearly a big deal for Walker to be one of the subjects of Moto 6, due for release this winter. “It was awesome to get Mikey there to film and I was really buzzing about doing the clip,” Walker said. “I think we got some good stuff but there was pressure to perform. I’m not the most confident of people so I was riding along thinking ‘I hope I don’t look like an idiot’. I think it will be good.”

Walker is a force of energy on an Enduro bike and has excited KTM and Red Bull for several years and had a similar effect on his growing number of fans at race events. We quickly gathered three reasons why JW deserves your attention … 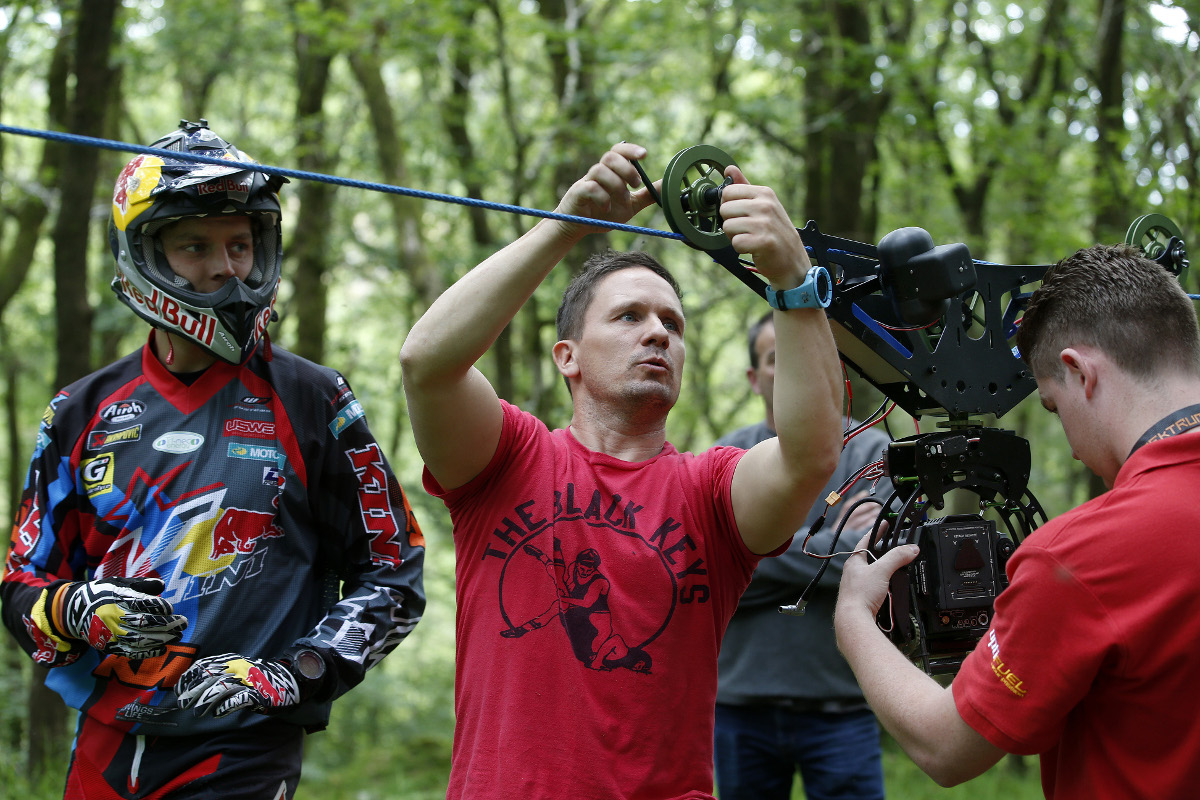 1. His ability
A Trials background was a big plus for Walker who grew up in Cumbria in the north of England. As with peers like Taddy Blazusiak and Graham Jarvis the delicate feel and balance of the discipline helped immensely when mixed with speed.

“Riding comes quite naturally,” he says. “My Dad put me on a bike when I was four years old and I think he did a pretty good job of showing my stuff and teaching me. I got to know how to manage and move a bike quite quickly. We were always riding Trials up until I was about sixteen and I started doing some Motocross and that’s when I picked up a lot of speed. Putting the two together Enduro was a natural fit.”

“We were always riding Trials up until I was about sixteen and I started doing some Motocross and that’s when I picked up a lot of speed. Putting the two together Enduro was a natural fit.”

“Now I would say I do around forty events a year but I’m cutting down on many national races to concentrate on the bigger extreme meetings. The biggest problem was going from Enduro where you are flying through forests and then having to train for Extreme; you have to change style quickly and there is not much time for preparation; you get quickly run-down. My main preference is the indoor events. Short laps, proper races and crowds cheering you on. It beats have trees and rocks for company.” 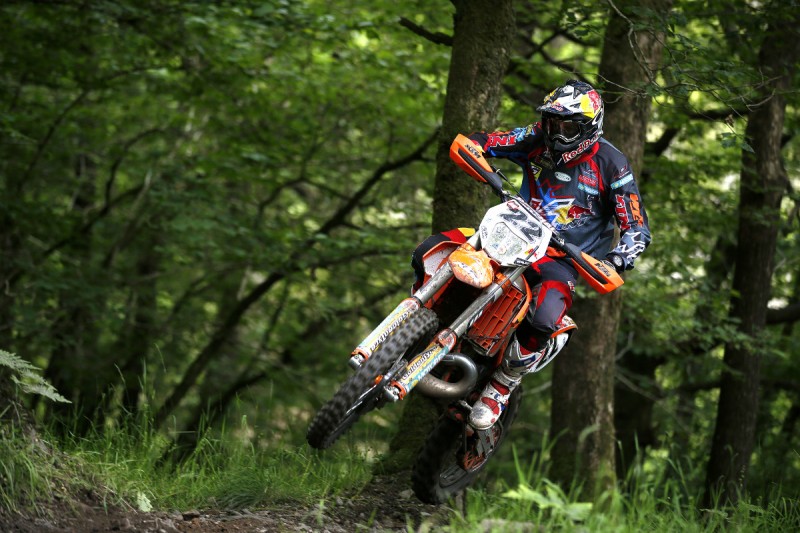 2. His character
The young, carefree demeanour means that Walker is very much the youthful face of a sport that tends to feature experienced and hardened off-roaders. There is slightly more depth to Jonny, as he admits …

“I think people see me as a confident, smiley person but it is just an image. I just ride the bike how I know and others seem to quite like it.”

2014 has seen a slightly different Walker at race events and this is due to a ‘180’ in the way he tackles the physical and mental demands of his sport. The happy-go-lucky ‘image’ might be exactly that – in his own words – but adopting a more relaxed manner to his profession is paying off.

“I had to change my approach this year,” he confides. “I wanted to have more fun because I was training and being so serious last season and I couldn’t have ridden any worse. This time I am focussing on fun, riding with friends and generally messing around with bikes. My training is more specific than just 24-7 which didn’t work for me. At the end of the day I’m racing bikes and there has to be enjoyment in that, otherwise I’ll go and do something else.”

3. His potential
Romaniacs is already in the bag, Erzberg was snared two years ago as well as this year. Now the natural progression has to be Blazusiak’s unofficial crown as world number one in the Extreme Enduro arena. If there is a rider with the skill, mentality, energy and verve to get the job done then it is Walker and the 2014 Romaniacs victory was a pretty hefty statement that he is on his way.

“Romaniacs is a big one,” he says. “It is four intense days and I would say it took me three years to learn about how to ride it properly and then a week before some specific preparation even down to small things like eating right. My routine this year consisted of riding, massage, eating, sleeping, eating, sleeping and getting up at 4.30am to ride!”

“I do a sport where I’m the young one! I’m 23 and with a lot of years ahead and against the ages of most of my competitors it is the biggest advantage I have. I reckon I have at least another ten years racing; unless I do enough so I can retire before that!”

“The main buzz for me away from the bike comes from the atmosphere of the events. Indoor Extreme Enduro is getting so big now with some massive crowds. To be able to go all over the world and ride my bike is pretty cool. On the bike … then there is no feeling like going flat-out on the gas through a woodland section you have never seen before.”