The Dakar Rally, universally recognized as the toughest offroad event on the annual motorsports calendar has been safe in the hands of KTM For thirteen editions. It all began in 2001 when Italian Fabrizio Meoni rode a KTM LC4 660R to victory 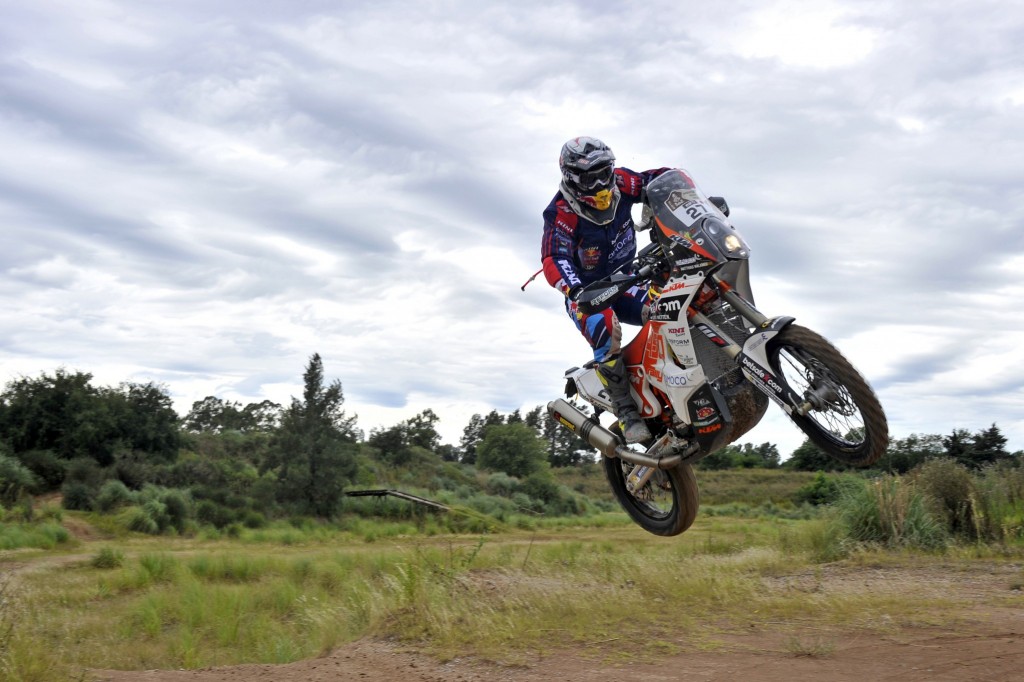 Between Meoni in 2001 and Coma in 2014 there has been a remarkable story of excellence, bravery and adventure including, among others, two wins from Meoni, five by Frenchman Cyril Despres and four by Coma to give KTM a dominant 13 consecutive victories in the motorcycle class. There was no rally in 2008.

Coma is again the man to beat in 2015 and has come off a successful racing season. He won the 2014 Dakar by almost two hours and went on to take his sixth FIM World Cross Country Rallies Championship. Coma is satisfied with his season and his Dakar preparation. He has accumulated many miles in competition during 2014 and reports that he is in good physical shape. 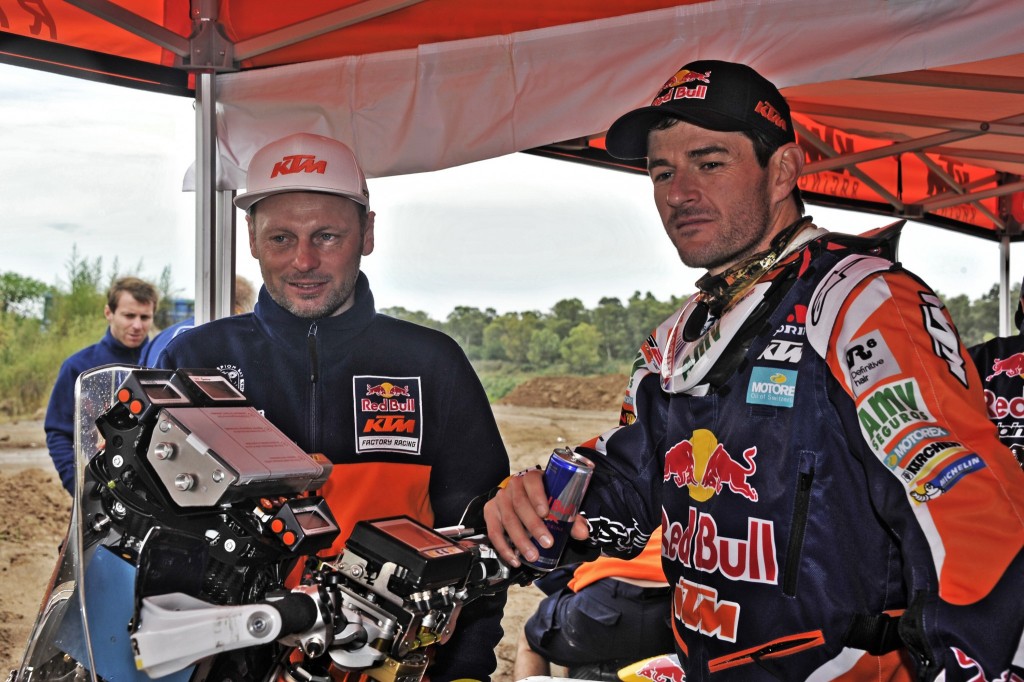 Marc Coma: “This next edition of the Dakar will be even harder than before. We all have to be prepared for long hours of intense fighting. After the World Championship events and on the various tests we have completed, the KTM 450 RALLY continues to give us excellent results and reliability and that allows us to face this next challenge with enthusiasm. We all now look forward to getting started.“

The Red Bull KTM Factory Racing Team supporting Coma’s bid for a fifth title includes Spanish veteran Jordi Viladoms, who finished second to Coma in 2014 for his career best result. He rides with start No. 4. Portugal’s Ruben Faria, a very experienced team member, finished second to Despres in 2013 and has start No. 11. Sam Sunderland of the UK, who makes his debut Dakar ride with the KTM factory team is a talented young rider who balances the rich seam of experience offered by the three senior members. He first rode in the Dakar in 2012 aged 22 and has been impressive since he joined the KTM lineup at the start of the 2014 FIM Rally season. Sunderland, who starts with No. 6, finished an impressive second overall in the FIM World Championship.

KTM supported riders include Matthias Walkner, the first Austrian to compete on a KTM since Heinz Kinigadner 15 years ago. Walkner is a former MX3 World Champion and rides under the tutelage of Coma and the more experienced members of the team. His task is to learn, gain experience and be at the finish line on January 17. Walkner is on the KTM 450 RALLY No. 27.

Another strong contender in the KTM-supported lineup is Australia’s Toby Price, riding bike number 26. Price is one of Australia’s most decorated offroad racers and is making his Dakar debut. A multiple winner in major national desert classics and the Australian Offroad championships, Price also contested his first international rally in Morocco in October, where he finished a solid eighth.

Jakub ‘Kuba’ Przygonski of Orlen Team will again be a KTM-supported rider on bike No. 8. The Polish rider first contested the Dakar in 2009, and in 2014 he finished overall sixth as one of the few riders who rode a penalty-free race. He missed most of the FIM World Championship because of injury but returned to put in a solid ride in the final round in Morocco.

The Dakar 2015 starts and finishes in Buenos Aires. The route sees riders travel west across the Andes into Chile then north to Bolivia. They then cross the Andes again from west to east and head back to the Argentine capital on a different route. On this journey they will ride 9,295 km over vastly different terrain, more than half of it as timed specials. The one respite on this epic journey is the rest day on January 10. 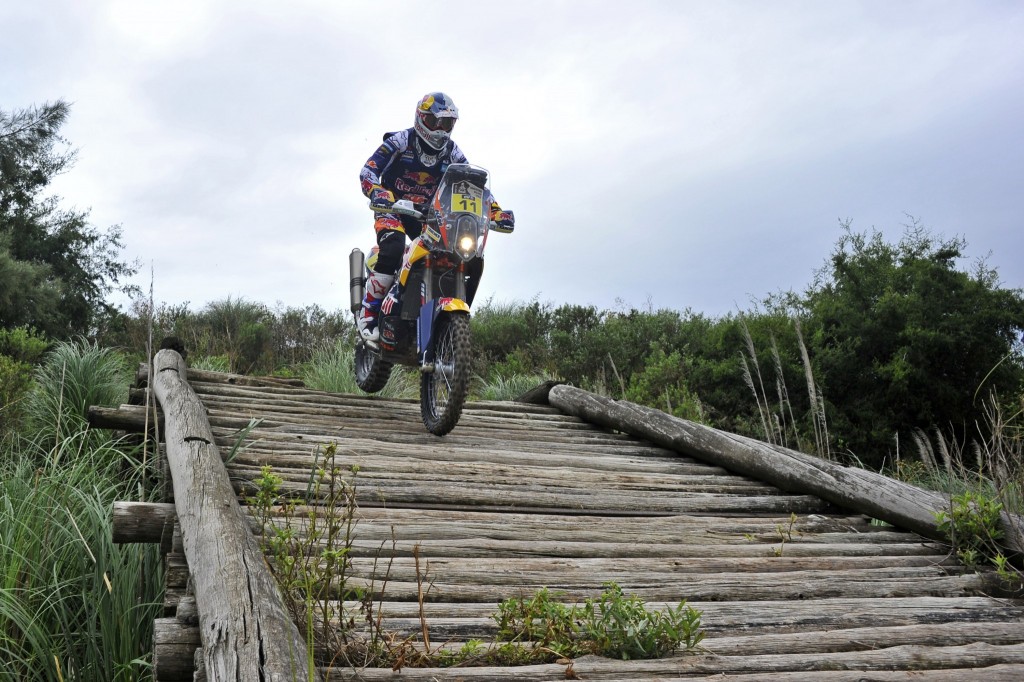 KTM presents a comprehensive package of downloadable information about the Dakar 2015 and archive material covering its previous 13 victories in the online KTM Dakar Newsroom. KTM Racing News will provide results and current standings, and race reports daily throughout the Dakar 2015.

In 2015 there is a starting list of 168 in the motorcycle class and around 88 riders are on KTM machines. In addition to the riders in the official KTM factory teams, some 40 privateers have signed up for the full KTM Customer Service Package. The majority of the competitors are amateurs, many competing to fulfill a lifelong dream.

Check out this video of the team preperations