At the media presentation of the all-new KTM RC 125 for European media in Linz, stunt rider and KTM flagship Rok Bagoroš has been invited to test the new bike. The friendly Slovene arrived straight from Spielberg, where he performed his stunt show under the supporting programme of the German touring car series (DTM) at the Red Bull Ring in front of enthusiastic spectators. 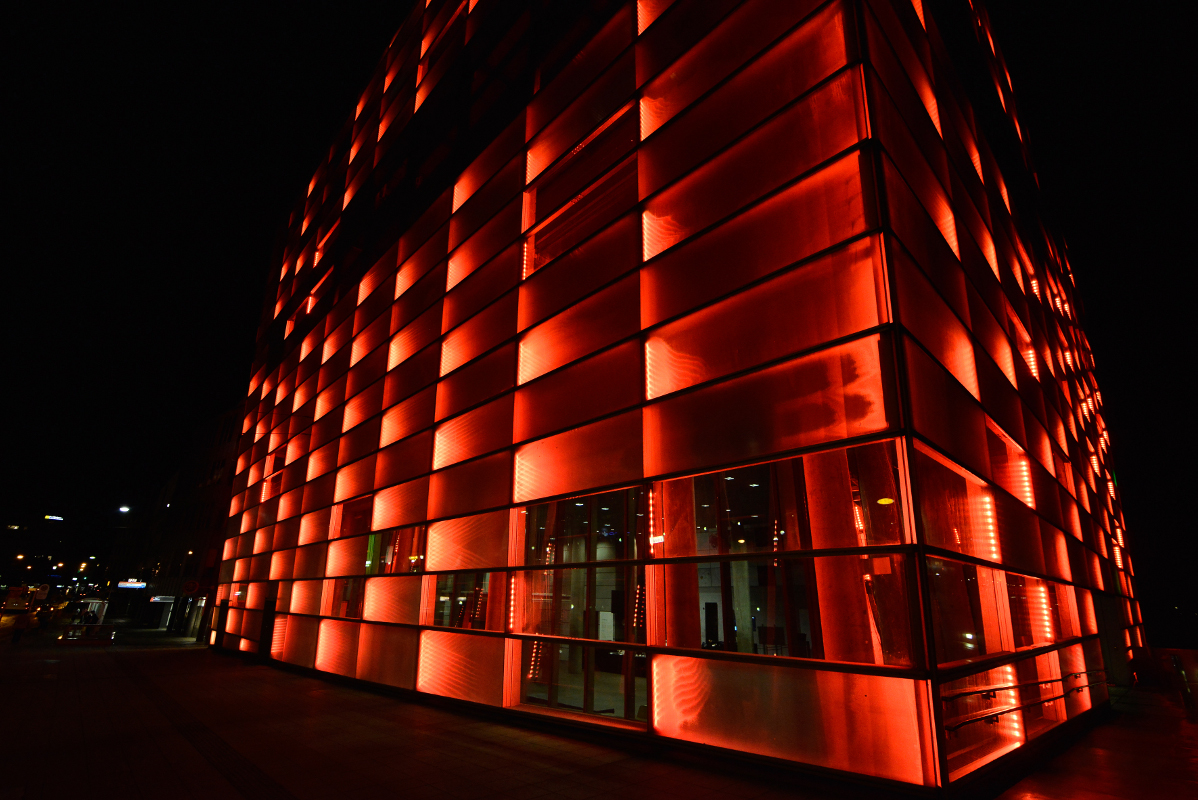 The RC Launch was hosted at the famous Ars Electronica Center – a superb venue with sophisticated cubus architecture right in the middle of the city. After a series of presentations on the concepts and technical benefits of the eighth-litre supersport bike, followed an entire day of riding, both on public roads and on the race track. Now and then, there was some time left to take pictures.

Together with a group of Dutch journalists, Rok tested the KTM RC 125. After some kilometres of city and highway riding, they continued their test ride on a closed test area near Marchtrenk. Although it was raining on several occasions, the atmosphere was splendid because – unsurprisingly – the latest KTM is at true fun bike. 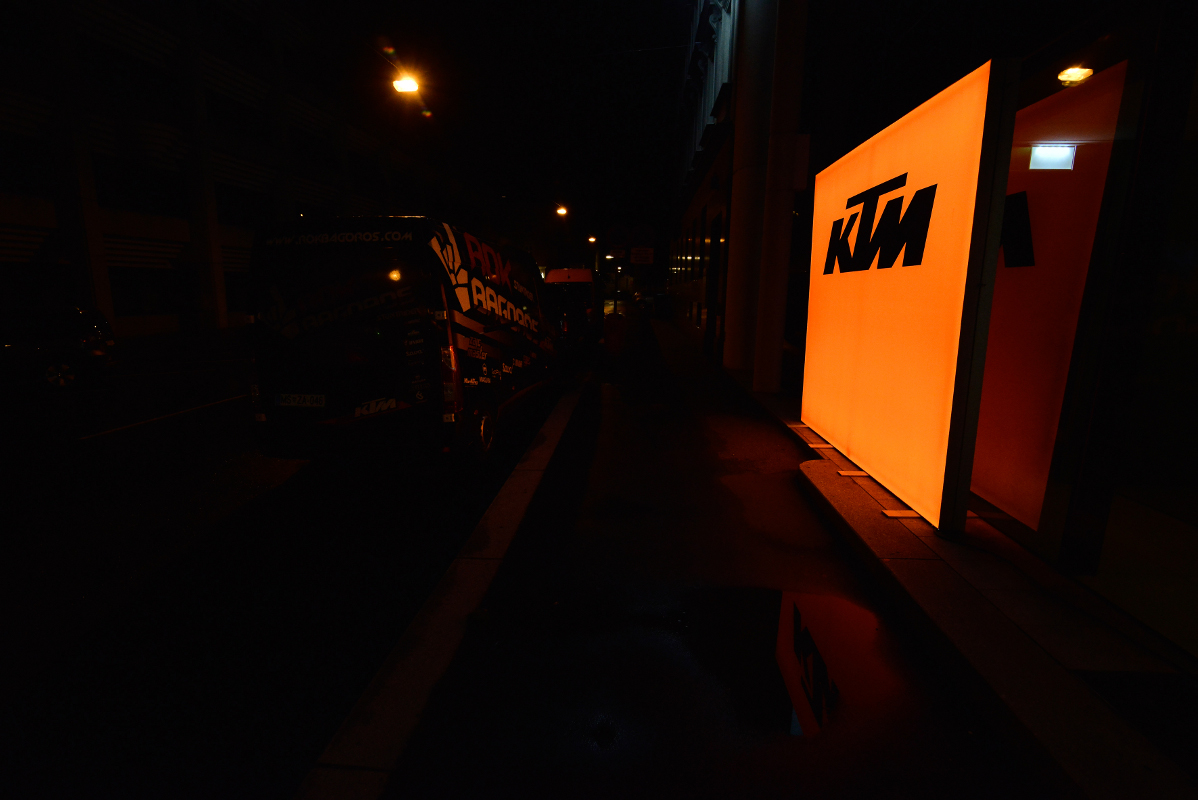 For EUR4500 the KTM RC 125 offers everything what a fascinating supersport bike for youngsters and lightweight freaks is made of: it is functional like a Moto3 bike, perfectly equipped and stands out through state-of-the art workmanship down to the last detail. And there are two more RC bikes to come: The bigger engine but apart from that identically build RC 200, which will be available in certain foreign markets, and the even stronger RC 390.

No need to say that Rok was unable to resist the temptation of trying some of his tricks on the RC 125. He was really fond of the bike´s handling and feeling as well as of the sitting and lever position and found words of praise especially for the bigger brake disc (300 instead of 280mm diameter). The engine reminded him of the 125 DUKE – which he was successfully using for his stunts before he stepped up to a 690 DUKE – and offers sufficient power for wheelies and similar stunts. Right from the start, Rok had control over the bike and was easily convinced of the RC 125 which is perfectly suited for tricks and stunts like the KTM 125 DUKE and any other KTM. However, he already thought about expanding his bike range by an RC model. 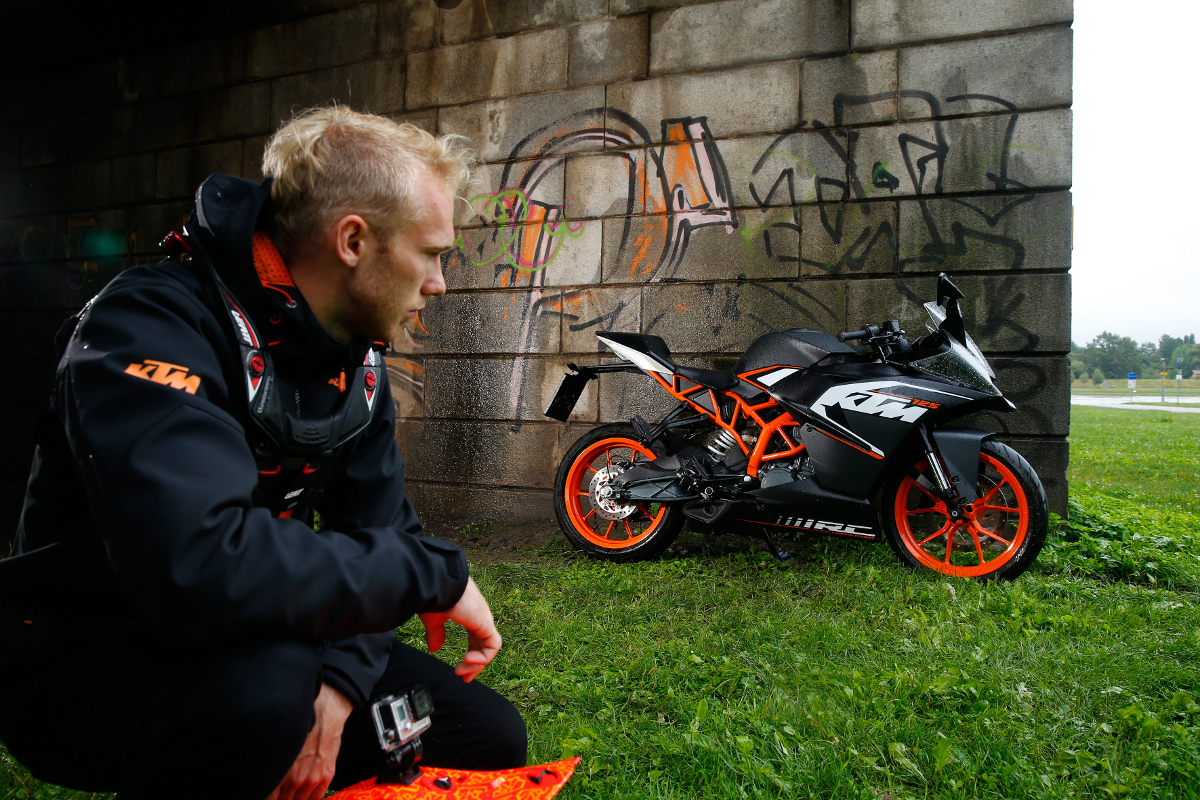 Rok Bagoroš: “Boy, oh boy! After starting the bike and riding the first kilometers through the city, all the memories from four years ago returned, when I tested the 125 DUKE for the first time. It conjures a smile on my face and I completely forgot that it was raining pitchforks, because I sat on an outstanding bike with which I was going to have a lot of fun in the next hours.

Afterward, we went to the race track together with the KTM crew, where I was able to test the bike my way – the RokON way. First I had to warm up the brakes and tyres and then we went off. Because of the bike´s good ergonomics one has a perfect, slightly bent forward sitting position which offers a good feeling of the front wheel. The result – the bike is perfect for stoppies, especially with the 300mm front brake disc, which offers incredible brake force.

I even had a closer look on the frame, tank and bench, because these are essential parts for a stunt rider in order to see whether the bike is suited for stunt riding. The RC models have great potential as stunt bikes and with some small adjustments the RCs are ready for exciting stunts. 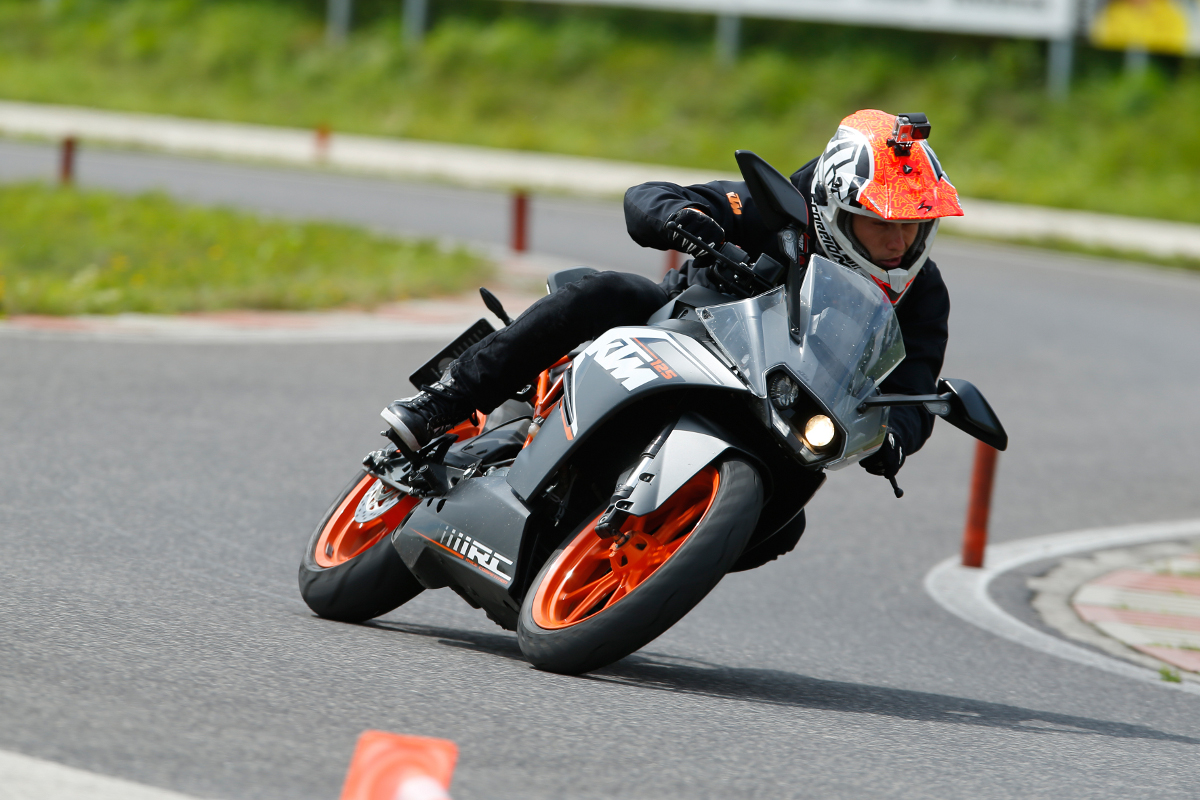